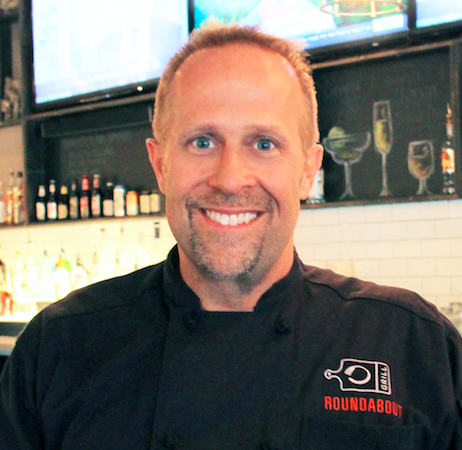 Rancharrah, you have a chef.

Colin Smith, co-owner of Roundabout Grill in Whitney Peak Hotel and Roundabout Catering & Party Rentals, recently was named consulting chef and food and beverage director for the Club at Rancharrah.

The club is one of the signature amenities of Rancharrah, the 141-acre master-planned community now being developed on the South Reno estate owned for nearly 60 years by the Harrah gaming clan. Patriarch Bill Harrah founded Harrah’s casino.

The 30,000-square-foot Harrah Mansion and its surrounding grounds are being renovated into the club. Estimated opening is spring 2019.

The club’s planned food and drink offerings include a restaurant (as yet unnamed, Smith said), wine lounge, craft cocktails, and farm-to-table dinners partly sourced from a chef’s garden.

The club kitchen will incorporate, among other things, a charcuterie counter and a wood-fire grill.

“We’re still working on the menu,” Smith said, “but we’re going to base a lot of menu items around that great wood-fire grill.”

Among other amenities planned for the club are an event lawn and event terrace, family grilling area, pool and cabanas, bocce court, boardrooms, and a fitness lawn and fitness center.

In other Rancharrah culinary news, at the entrance to the community off Kietzke Lane, a retail village is taking shape whose plans include restaurants and other food and beverage outlets. Details have not been released.

Membership in the Club at Rancharrah is included with the purchase of Rancharrah real estate. Non-resident and corporate memberships also are available. Initiation fees for those are $5,500 and $12,500, respectively.

To date, residential construction at Rancharrah has begun on custom home lots (all 44 have been sold) and on the first phase of the Latigo community from Toll Brothers, the national bulider of upper-end homes, according to officials from Reno Land Inc., owner-developer of Rancharrah.

In the coming weeks, RGJ.com will present an exclusive first-look at the Latigo development.